As an artist and creator of strip cartoons, which he publishes with Claude Renard, his brother Luc and his childhood friend Benoît Peeters, François Schuiten is one of our most renowned illustrators. He has also created posters and postage stamps and participated in the graphic design of several films and designed the sets for numerous exhibitions.

He has received many awards for his work, including the prestigious Grand Prix d’Angoulême in 2002 and, more recently, the Manga Grand Prix at the Japan Media Arts Festival for Les Cités Obscures that he created with Benoît Peeters. It was the first time that Belgian and French artists had been awarded this prestigious prize. The proof, if more is needed, that their art is internationally recognized.

On the 30th anniversary of Cités Obscures, François Schuiten has donated to the Foundation his original drawings and the contact proofs of the books in this series for which the story is set in Belgium. At Benoït Peeters’ behest, he has entrusted the other part, where the story is set in France, to the Bibliothèque Nationale de France. In addition to the documents pertaining to Cités Obscures, François Schuiten has also entrusted to the Foundation the genesis of the volumes he created with Claude Renard and his brother Luc. These will now be kept in the François Schuiten Fund as part of the King Baudouin Foundation’s collection.

François Schuiten’s objective is to perpetuate the most authentic documents of his output, those that not only tell the story, but also the process of his creation. All of these documents come from the artist’s own hand and contain a potency that the printing process has difficulty in reproducing, despite the great attention devoted to the technical process. It is to be hoped that future technological developments will enable the printed work to get increasingly close to the originals which, thanks to this donation, will remain available for re-printing.

The originals and the documents have been distributed between the Bibliothèque Nationale de France (BNF), the King Baudouin Foundation (with the creation of the François Schuiten Fund), the Maison Autrique (in the Commune of Schaerbeek), the Musée de la Bande Dessinée in Angoulême, the Centre de l’Image in La Louvière and the Centre Belge de la Bande Dessinée (CBBD) in Brussels. Images created within the context of external orders and then integrated into books, as well as other drawings (for sets, posters, and plates) remain the property of the family. 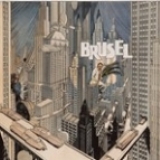 Cities of the Fantastic 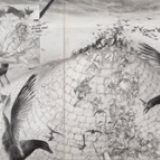 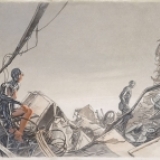 The Heritage Fund exhibits at the BRAFA
news