Guy Dotremont, the brother and beneficiary of the poet Christian Dotremont (1922-1979), repatriated the Christian Dotremont Fund from France and donated it to the King Baudouin Foundation. The fund has proved to be of major importance to knowledge about post-war literature and art and in particular that regarding the CoBrA movement (1948-1951).

The poet Christian Dotremont was a passionate participant in the CoBrA adventure, the movement he founded with his friends Joseph Noiret, Asger Jorn, Karel Appel, Constant and Corneille. Christian Dotremont initiated the movement and invented its name, composed from the first letters of three capital cities: COpenhagen, BRussels and Amsterdam. This fund brings together dossiers, documents, books, correspondence and a selection of graphic works.

Christian Dotremont was a key figure of his time. At the age of 17, he wrote Ancienne éternité, a poem that enthused the surrealist artists and opened the doors of French poetry and artistic circles to him. Most importantly, he invented logograms, poems that were written with such spontaneity that they became graphics: they are poems both to be read and to look at. The logograms were undoubtedly one of the major poetic inventions of the second half of the 20th century.

The whole collection has been entrusted to the Archives et Musée de la Littérature (AML), housed at the Bibliothèque Royale de Belgique in Brussels. 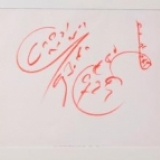 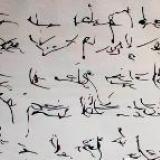