In 1993, the King Baudouin Foundation acquired the private archives of King Leopold I and King Leopold II that were thought to have been lost. In reality, the two kings had entrusted these several thousand documents of particular interest to their closest collaborators, Adrien, Constant and Auguste Goffinet, who kept them in the greatest possible secret. In fact the brothers were so successful in doing this that no-one remembered their existence until their fortuitous discovery and purchase by the King Baudouin Foundation.

The archival fund comprises elements such as letters, notebooks, travel diaries, contracts, reports of missions and family souvenirs. Together they throw new light on the founders of the Belgian dynasty, the dossiers of particular interest to them, their thoughts about domestic politics, town planning and the Congo, as well as the extent of their private fortune and their manner of operating. However, the documents also bear witness to the day by day history of an entire century.

The documents have been entrusted to the Archives du Palais Royal in Brussels, thus completing an existing collection. The institution, a department of the Archives Royales du Royaume, cares for the archives of the Départements et des Services du Palais Royal and those of the Belgian Royal Family and makes them available to the general public. 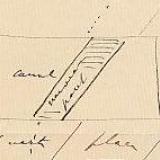 Letter from Prince Leopold to Goffinet 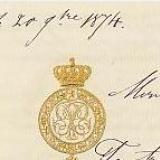 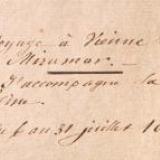