Jewellery of the collection of Nelly Van den Abbeele

The Christian Bauwens Fund has been able to purchase 7 pieces of artist jewellery from the Nelly Van den Abbeele collection. They are the first pieces made by Belgian artists and are a testimony to our jewellers’ savoir-faire.

For jewellery lovers, the name of Nelly Van den Abbeele’s will always be mythical. This insatiable collector never ceased encouraging the blossoming of Belgian jewellery in the post-war period. Most of these pieces were commissioned by Nelly herself.

The following pieces are now part of the Christian Bauwens Fund collection:

The Cavalier I pendant by Pierre Caille (1911-1996). Caille began his career as a painter, before turning to ceramics, sculpture, engraving, theatre set design and jewellery. He was internationally known during his lifetime. Humour and satire play a key role in his work.

The Torque neclace by Emile Souply (1933-2013). Emily Souply was one of the first Belgian jewellery designers to develop a totally specific language for jewellery. Creativity and technical virtuosity are the hallmarks of her work.

Paul Van Hoeydonck (born in 1925) is an internationally renowned painter and sculptor, born in Antwerp, who became famous through his assembly-based designs. He is the only artist in the world to have one of his works on the moon! All his work shows his passion for human space travel. His Astronaute pendant is a striking example.

The Signal de l’autoroute d’Ostende pendant and associated maquette are by Brussels-born Jacques Moeschal (1913-2004). Moeschal is famous for his monumental sculptures exhibited in the public space, such as the Signal de Zellik at the intersection of the Brussels ring and the E40 motorway in Grand Bigard, and the Signe de Lumière at the Porte de Namur in Brussels. His preferred materials were concrete, steel and aluminium. Moeschal was a keen observer of technical developments and was committed to integrating them in his work. His austere, abstract and rhythmic sculptures are markers that are as familiar to motorists.

The collection also includes a necklace in synthetic material by Anita Evenepoel, textile, fashion and jewellery designer, who has frequently been honoured for her use of unusual materials and for her taste for experimentation. The extremely original formal language of this pendant is typical of her work: the necklace literally envelops the human body.

The enamel broach was made by Kurt Lewy (1898-1963), a versatile, German-born artist who came to Brussels in 1935. Following an expressionist and figurative period, he turned to geometric design.

The Christian Bauwens Fund is committed to saving miniature heritage. The jewellery from the Van den Abbeele collection has been entrusted to DIVA, the Antwerp Silver and Diamond Museum, where it will provide a testimony to our savoir faire and design from the 1960s, 70s and 80s, a period that is very little represented in our public collections. 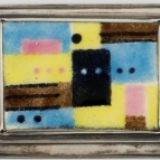 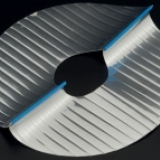 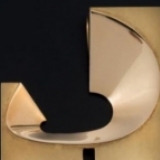 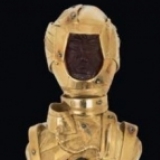 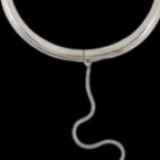 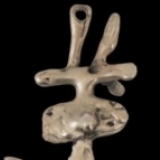