In 2001, the King Baudouin Foundation acquired an archival lot of the explorer Henry Morton Stanley (1841-1904). The documents had been unknown or presumed lost until the moment when the Société Générale purchased a first part of the fund in 1982. Other pieces re-discovered in 2001 came to complete those sold nineteen years before. It was then that the Société Générale decided to give the documents that it had acquired to the King Baudouin Foundation in order that the two parts of the archival fund could be reunited.

Stanley’s archives were thus brought together in their entirety in the Royal Museum for Central Africa. The museum had already received a donation in 1954, which included objects offered by Stanley’s adoptive son. The Tervuren Museum now holds Stanley’s complete archives and can therefore be considered as the reference institution for the study of the British explorer, the beginnings of Belgian colonial history, the exploration of Central Africa and the Victorian period.

Testimony of an explorer

The archive is composed of hundreds of manuscripts (letters, reports, notes, dairies, contracts etc.) written, copied or collected by the explorer – who always wanted to keep a record of everything he did – as well as maps, photographs and sketches.

The files provide above all information on the four expeditions that Stanley led in Central Africa: the search for Livingstone, the transcontinental expedition, the missions he conducted for King Leopold II and his attempt to liberate Emin Pacha. However the archives cover more than Stanley’s exploration of Central Africa; they also relate to Stanley’s implication in the War of Secession in America (during which he rallied to the Confederate cause), his speeches, his will and so on. In addition, the archives contain letters from Queen Victoria, King Edward and Chancellor Bismarck, people who left their mark on British politics such as Chamberlain and Gladstone and other important figures such as Baden-Powell, Auguste Rodin, Mark Twain, George Bernard Shaw and Cecil Rhodes. This exceptionally large collection of testimonies provides an inestimable source of information for the in-depth study of English and international society in the 19th century.

The inventory established to mark the 100th anniversary of Stanley’s death (May 2, 2004) made the entirety of these testimonies available for the first time. Today, the objective is to encourage research into this controversial period of our history.

Publication « Africa in images, Stanley I presume? »
Online inventory of the Stanley archives 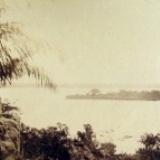 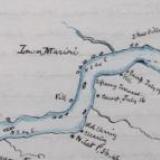