Michel Wittock has put together a unique collection of European bookbindings, covering every period from the Renaissance to the present time and, in so doing, creating a veritable reference in its field. For over sixty years, this well-known booklover patiently collected masterpieces of bookbinding and assembled a library of several thousand artistic bindings from the 16th century right up to today.

To showcase his collection, Michel Wittock created the Bibliotheca Wittockiana, a private institution which, over time, became a centre and a museum of international repute. In 2010, Michel Wittock expressed the wish to perpetuate the work of the Wittockiana and the King Baudouin Foundation, unreservedly agreed to help him do this. This resulted in the creation of the Michel Wittock Fund, to which Michel Wittock donated the most representative part of his collection. It comprises an incomparable selection of antique, modern and contemporary Belgian bookbinding and a selection of museum quality bookbinding masterpieces, created and made outside Belgium (mainly in France) over the last five centuries.

Michel and Fiammetta Wittock have donated to the Michel Wittock Fund their collection of works by Serge Vandercam, the Belgian photographer, painter and sculptor. This has enriched the Fund with several of the artist’s paintings, two sculptures in wood, a period photograph and a large, cylindrical, painted and enamelled terracotta vase.

The founder of the Bibliotheca Wittockiana has also donated to the Michel Wittock Fund an original edition of the botanical treatise De Historia Stirpium by Leonhart Fuchs, dating from 1542. All of the plates of this rare set of plant illustrations were beautifully enhanced in watercolours at the time of their creation. The ‘open joint’ bookbinding of the treatise is contemporary, designed and created in 2015 by the French artist Sün Evrard.

Further information about the Michel Wittock Fund (in French) 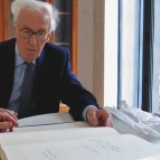 Books with bindings inspired by the work of Pierre Lecuire 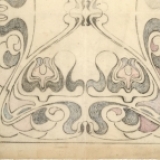 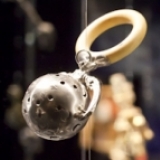 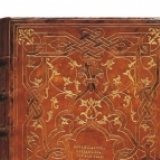 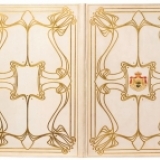 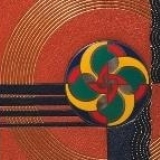 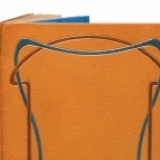